Handball player Loui Sand opened this year's Pride festival at Östermalm IP in Stockholm on Wednesday. During his speech, he talked about growing up adopted, black and different, and the racism that is always present in everyday life. 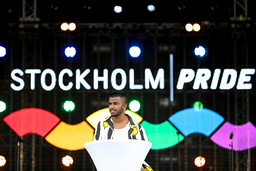 Ali Lorestani/TT
Loui Sand completed his national team career on the women's side in 2019 to undergo a gender correction.

In 2019 Sand chose to end his national team career on the women's side to undergo a gender correction. In September last year he made his debut with Kärra HK on the men's side and became the first transgender player in Swedish elite handball. 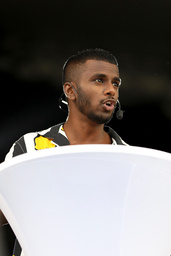 Ali Lorestani/TT
During his speech, Loui Sand drew attention to the racism that he meets and notices in society.